I’m writing this from however high it is that planes fly above the ground, somewhere over the Great Sandy Desert, in seat 68F. The seatback display informs me I’m two and half thousand miles from Sydney and, this being Etihad airlines, six thousand miles from Mecca. Winning. Allah is on my side. (My left side to be precise according to the handy ‘Which Way to Pray’ Mecca Pointer™ that comes standard in Economy.) 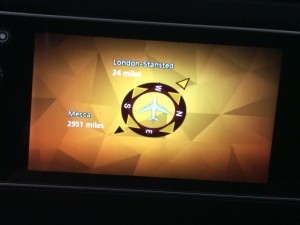 So apologies on the absence of blog for the last few weeks. This next entry was supposed to be a scintillating indepth tell-all of the actual visa application but instead I got sidetracked by, oh I don’t know, PACKING UP MY ENTIRE LIFE AND MOVING TO ANOTHER COUNTRY MOTHERFUCKERS, and it’s been a little bit stressful.

Because as I’ve discovered, if you randomly decide to emigrate countries after winning a visa in fucking lucky dip there will be SO MUCH TO FUCKING DO! It’s not like going on a holiday. You’re not just backpacking around for a year getting drunk and pretending to like art galleries so you can nail that Danish bird you’ve been hostel stalking for three weeks. 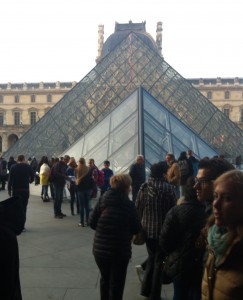 No, this is some serious shit my friend. It’s time to put on your big boy pants and make some hard decisions. There’s utilities to be cancelled, goodbyes to be made, a cat to euthanize (it’s ok, he’s pro-choice… Was. Was pro-choice) and a shitload of stuff to get rid of.

Cos of all the advice I have got from the various threads and message boards of Stateside emigres, the common refrain seems to be GET RID OF YOUR STUFF. Stuff is expensive to ship, it’s expensive to store and if you do store it you will inevitably return and wonder why you have paid $250 a month for the past two years to house stuff that you no longer need nor care about. You won’t give that homeless guy on Highland a fucking dime but you’ll rent a warm space for the 1970’s sideboard you found in Vinnies on Lygon Street. 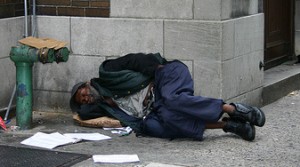 If I can’t take you on Antiques Roadshow then fuck you.

However, this is easier said than done. For me anyway. Cos I have stuff. Lots of stuff. Some of this stuff is really nice and I like this stuff a lot. Some of this stuff I have carried around for years, from house to house, move to move, not really knowing what this stuff is anymore, just feeling that there might be stuff within this stuff that could be important so I can’t throw it out until I go through it. Which I will. Someday.

But that is the WRONG ATTITUDE my friends. When you’ve got to get rid of almost everything you own in preparation for the move, my advice to you is start early and be ruthless. Utterly, utterly ruthless. Or you will end up in a nightmarish hell trying to get everything done in the last week. 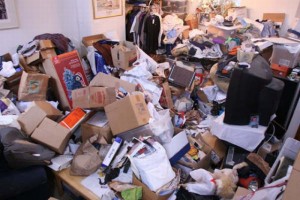 So we ended up in a nightmarish hell trying to get everything done in the last week. This was partly my fault as a vigorous regime of ball scratching combined with an unwillingness to part with anything of any vague sentimental value along with utter denial of the sheer scope of the job at hand meant that by the time my wife got back from her extended job away in Queensland with Pistol and Boo, I had pretty much done fuck all. Which went down about as well as you can imagine. 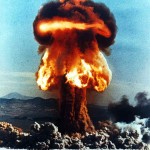 Get in the fridge. Fast.

However, while she was mad I didn’t think she was ‘throw away a Green Card’ mad so I figured I could weather any not-so-oblique suggestions of divorce and by the time we got to the States there’d be a pretty good chance she would like me again. Some people say marriage is about compromise. I say it’s playing the odds. 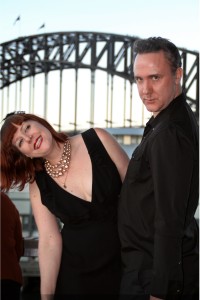 You got to know when to hold them…

So this last week has been a nightmarish hell of throwing, selling, burning, swearing, crying, threatening, pleading, bargaining, grieving and eventual acceptance as we’ve culled a three bedroom house full of (mostly my) crap down to something that can fit into three suitcases and a sponge bag. 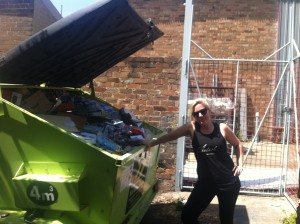 And when I say we got rid of everything, that also meant the cat.  I might joke about it, but having to put down our much loved Zzyber Cat was one of the hardest fucking things I have ever had to do. It’s said that ‘No tears in the author, no tears in the reader’ but seriously you can stick that shit up your arse as that kind of heart rending pain is something I’d just not rather do. OK, he was a cantankerous, taciturn street fighting moggy who’d as soon as growl at you as cuddle, but he’d been a part of my life for 13 years and Safka’s for 17. He had this raspy little meowl like the post tracheotomy Marlboro Man, a purr like a rotary mower and was fearlessly methodical in his destruction of the local rat population, often considerately leaving me half of one on my pillow during the night like a message from some terrifying feline Godfather. 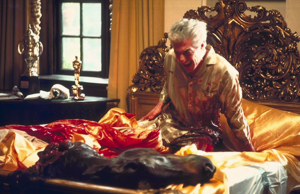 Diagnosed with lymphoma last December, he was on chemotherapy pills which I dutifully stuffed down his throat three times a week while he scratched my face and yowled and spat the pills out about half the time. The vet assured us he had mere weeks to live but here we were ten months later and the little bastard was still roaming the streets and taking spontaneous diarrhoeic shits all over the house. I loved that fucking cat. He refused to die. Death would just not take him. (It was probably the diarrhoea put him off.) Zzybes was holding on to his ninth life with the same grim determination he set about destroying any leather furniture we had dared to acquire. However, two days before we left, and after much agonising and deferring of the inevitable, Dr Sam was booked to come round to do the job that Nature was just too pussy to do.

On the morning of the event, I fed him some prime scotch fillet, went to shower and discovered he had shat on me in the night as we cuddled in bed. In a weird way it kind of made me feel better, like he was saying ‘It’s all right dude. I get it. But, fuck you too, you know?’

The vet came and Saf and I held him as he passed from this mortal world. I buried him in the garden next to my other little black cat Annie, who’d had the decency to die of a heart attack in her sleep about the same time last year because she was a fucking lady and brought up right. But no more pets. It just hurts too fucking much. I read somewhere that it’s the unconditional love you get from a pet that can make it hurt more than losing a person. I don’t know if that’s true but a pet never pissed me off when I was a kid, or made a pass at my girlfriend or stiffed me in the will or any of those things that can temper your feelings towards a person, so maybe there’s something in that. 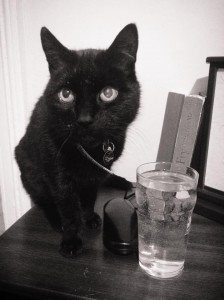 So that’s it. We’re off Australia.  Traumatised, excited and more than a little heartsore, but on our way. We’re putting off the inevitable dance with Immigration at LAX for a couple of weeks as we’re doing a short jaunt via Europe to visit my sister. But soon.  Soooooon.