Ten minutes had passed.  Ten whole fucking minutes and the guy manning the Air New Zealand Check in Counter was still not back with my passport.  We could see him. Oh yes. He was only twenty metres away talking to his supervisor.  The supervisor was on the phone. Both of them were very deliberately not looking at us. FFFFFFAAAARRK! This was it. Make or break time.

To be honest, I was amazed we had made it this far.

By now I had a passport. A real one. Not some dinky ‘Emergency Waiver’ that had to be combined with fifty bucks and a hand shandy to get me through Border Control, but an honest to goodness biometric, fully authenticated 10 year legit Aussie travel document.

Even more amazing, it had happened in less than 4 hours, which in bureaucratic terms is the equivalent of fucking time travel. 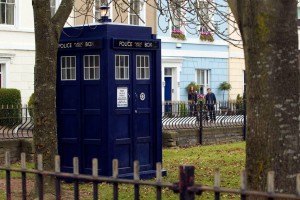 Normally, even a priority passport takes 48 hours to produce, and that’s IF you have proper identification, a reliable guarantor and don’t turn up to the interview reeking of Amsterdam’s finest Afghani #1.

I of course ticked none of these boxes and so, just to ratchet up the spacer on the old prison purse, had been required to obtain not one but TWO guarantors to verify my identity. Fortunately, I did know two people who both qualified and were currently in the Greater London Area (thanks Tinder!).  We had a whole day to catch up with them both and get the various documents signed! Piece of cake.

However, as always, the capricious nature of the Travel Gods determined that was not to be. If I wanted that passport and the accompanying visa I had to earn it.

And not the easy way like I usually do.

My embassy contact Lisa had advised that both the Air New Zealand Check in Counter as well as US Customs and Border Protection (CBP) at Heathrow should be made aware of our situation ASAP in order to maximise our chances of boarding on Wednesday.

Great, we thought. A phone call to Heathrow should sort it and we can spend the rest of the time getting the guarantor signatures for tomorrow’s passport interview! Maybe walk up to London Bridge and look at Stonehenge. Yeeeaah…..no.

We realised there was nothing else for it but to physically go out to the terminal and try and get it sorted there.

However just to add an extra arse raisin to the shit pie Life had spontaneously decided to bake for us, earlier that morning Safka decided to contract a nasty flu. By the afternoon she looked like she was auditioning for The Walking Dead. On the upside, this meant that people gave us a wide berth and so we always had somewhere to sit on the train. 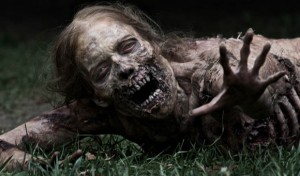 Nevertheless, settling things face to face certainly proved to have its advantages. Within only 3 hours of our arrival at the Terminal,  I found myself talking on the internal phone system to someone in CBP (sitting metres away in a nearby office) explaining our situation yet again. But this time I managed to elicit an acknowledgement that yes, I had a valid (albeit missing) Immigrant Visa and that Air NZ could potentially let me on the plane. We still weren’t guaranteed of anything but now it seemed that the various agencies were talking to each other and aware of our situation. Progress!

Back to the race for passport guarantors!

With now only a very brief window in which to catch up with my two guarantors, a deal was struck with my desperately sick wife. She would travel to the other side of London via public transport and meet up with one of my guarantors, the lovely Kristi. I would go to the theatre.

Before you howl at the injustice of me swanning around the West End while Safka acted out the Black Plague’s Greatest Hits via the London Underground, let it be said that Saf gets enough live theatre in her life just by having me around. Consequently her tolerance for watching actors ‘playing silly buggers in other peoples clothes’ is understandably low. 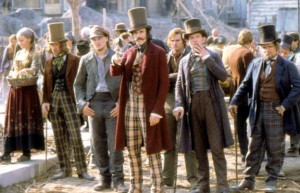 She may have a point

Back in the carefree happy days when I had held a less tenuous grip on both my passport and marriage, I had booked two tickets to see Zoë Wanamaker (no relation) and Kenneth Branagh (also no relation) tread the boards at the Garrick Theatre.

So that night, accompanied by lovely guarantor Sophie, I enjoyed a theatre experience everything a London Visitor’s Guide tells you it is. I laughed, clapped, drank overpriced wine out of a box and for an all too brief measure, forgot the Damoclean worries hovering above me. 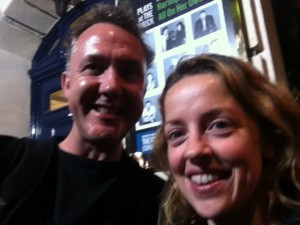 I returned to our Shoreditch digs to find Safka conveniently still alive and, even better, in possession of the other guarantor documents required for the morrow’s passport interview.

We were staying in Shoreditch as friends had recommended it, insisting it was just ‘so us’. On reflection this indicates our friends believe we are poverty stricken Dickensian guttersnipes with a desire to live somewhere that rates marginally below ‘utter filth’.  Give me Chelsea anytime. Brick lane can suck a dick. 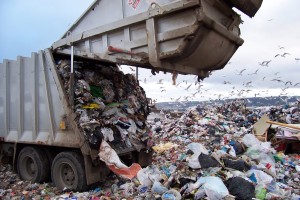 Anyhoo, despite my pressing lack of documentation, the following day I passed the passport interview with flying colours. Which to be honest, had more to do with the insanely awesome staff at Australia House. They were all so incredibly understanding and empathetic that it makes me tear up writing this even now. Big ups to everyone involved, especially my interviewing officer Janet. An additional shout out must go to Adrian at the Aussie Consulate in The Hague who displayed the same kind of support and willingness to help a pair of distraught tourists out. Gold stars all round.

My interview was at 11.30am and they told me to come back at 3.30pm to collect my passport. As mentioned earlier, this is unbelievably fast and I can’t even comprehend the arcane rituals required to expedite the passage of my application in such a manner. 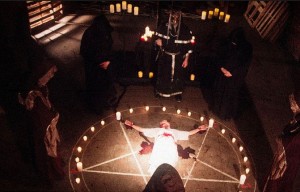 Wednesday dawned dreary and British. Saf and I elected to head to Heathrow four hours early and lashed out on a mini-cab to ensure our prompt arrival. Lucky really, as the traffic getting out of Shoreditch meant we arrived half an hour before Check in closed. Fucking Shoreditch.

The guy from the Check in Counter was laughing with the supervisor now. Bastards! No. No. Don’t think like that. Positive thoughts, positive thoughts. See the light in every soul. See! He was coming back! It works! No, no he stopped and went back to the supervisor. Bastard! Fuck! No! AAAAARRRRGGH.

Saf and I stood there, trying to be calm and collected when all we wanted to do was scream, cry, kick people and beg to be let on the plane.  More and more people casually checked in to the flight, dropping their luggage and passing through to Security like it was the easiest thing in the world. I hated them. I hated them because I wanted to be them.  I wanted to be boarding this flight, bouncing on air with the excitement of finally arriving in the Land of Uncle Sam and starting a new life. Instead I was sweating like Gary Glitter in an orphanage, watching two guys in suits discuss my future while they joked about the football results. (Probably.  I may have been projecting this on to them but I’m sure it’s accurate.)

The guy came back. A decision? No. Turns out he wanted to see Safka’s passport too.  He went back and talked to his boss. Another ten minutes. WHAT THE FUCK WERE THEY TALKING ABOUT?!?! Surely they were just dicking with us now.  I saw another guy in a suit come up to them. He had a question about something unrelated. No! Fuck off! This is our time!  I don’t care who’s had a heart attack on the baggage carousel nothing is more important than this!

Our man came back again. This time he very casually told us to put our baggage on the conveyer belt and head through Security. I’m sorry? That’s it? Put our baggage on the belt and just go through?! Do you not understand the pressure we have been under?! You just saunter back here like it ain’t no thang and tell us to dump our bags and go and get on the plane?!?! HAVE YOU NO SENSE OF OCCASION MAN?!?!

Safka punched me, told me to shutup and pushed me towards Security before he changed his mind. When she’s right she’s right. (And she’s right a lot) 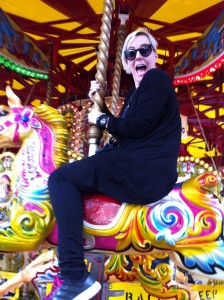 Sixteen hours later we stumbled blearily out of LAX and into the sweaty fug that passes for air in this city. Getting on the plane hadn’t been quite the end of the saga. Once we landed I’d spent 3 hours in LAX Immigration waiting to get a temporary Green Card. They’d told me straight away that it was going to be fine and I just had to wait it out. Unfortunately, by that stage they’d separated Safka and I and hadn’t told her any of this. She spent the final few hours stressing her guts out and wondering whether all those body cavity search jokes I’d made on the plane were coming back to haunt me. (Hah hah no. Of course not. Ridiculous. Hah hah…hah…aah.)

When I emerged sometime near midnight, six days of constantly peaking stress levels finally took their toll. Saf burst into tears. The tipping point had been that while waiting she had realised that one of our bags was missing, the one with all her roller derby skate gear in it.  That was the fucking limit. The Travel Gods had finally gone too far and made my girlfriend cry. Filled with righteous rage combined with the confidence that as I had already been cleared by Immigration what the fuck could they do, we raced down to the Air NZ baggage handling area. We blithely ignored several  ‘Authorised Personnel Only’ notices, buttonholed a poor unfortunate baggage handler and forcefully described both the bag in question and what would happen if it was not found. There must have been an edge in my voice that promised either violence or a ginormous foot stamping hissy fit. (Hint: it would have been the hissy fit.) Whatever, our demands met with immediate success! Despite it being about to be loaded on a plane scheduled for fuck knows where (which is apparently in Wisconsin), our bag, skate gear intact, was located and returned to us.

After all this, stepping out into the land we had chosen to immigrate to was a definite anti-climax. Too tired and emotionally exhausted to really celebrate what less than a week ago had seemed like an impossible task, we stumbled out of the terminal and collapsed on the kerbside.

Our friend Carter arrived to collect us. The sight of his rusting blue shitbox of a Toyota pulling into view was better than any stretch limousine. Seemingly against all odds, we had arrived. Battered, heart sore and with a certain degree of PTSD yes, but still, we were here. The adventure continues.